Mouse Story on a Foggy Day

Our house was built in the late 1800's. It's an old farmhouse, now sitting in the middle of town. Nothing fancy, just old. And with old comes lots of little places in the foundation where those cute creepy,gross little mice get in. Since our cat died several years ago, mice have been a problem in the fall (and sometimes in the winter).

Chloe has never been a mouser. Squirrels. Rabbits. Cats. Anything outside she can chase is fair game (she caught the foot of a rabbit the other day). But mice?  Nope. I think she just watches them run across the kitchen floor, if she sees them at all.

And because of Chloe, the non-mousing dog, we have to rely on non-poisonous means to get rid of mice. Our brother-in-law, an exterminator, gave us a type of trap last year but we can't remember how to set it. So glue traps it is.

Now, we seem to have very smart mice. They avoided the glue traps easily. Would go right around it, them--or maybe over them... Obsessively  Diligently, I cleaned the counter several times a day with Lysol, hoping with no crumbs lying around, the mice would go somewhere else (I hear the neighbors are nice). However they did it, every day I was finding the signs of mice on the counter.
A couple of days ago I bought those little traps where the mice go in and don't come out. Hoping these would work I put one behind the microwave, the mice version of 5 star dining, and left the one glue trap behind it.

You know where this is going, don't you?

Fast forward to today. An extremely foggy day in northeast Iowa. Foggy enough we had a two hour delay. I was up at my normal time anyway. Time for an extra cup of coffee and some reading and commenting on stories from my creative writing class.

During my second cup of coffee and second class of stories, I heard a noise, a snap from the kitchen. Evilly I smiled, Gotcha I thought. I continued reading and enjoying my coffee.

About 8:00 I decided to take a shower and get ready for school. Two hour late starts are great mornings for accomplishing things at school. I wanted to get a jump start on things for next week. And, maybe, just maybe, I also thought, If I take a shower, and pretend like I'm going to school, maybe they will cancel. A three day weekend sure sounds nice. (Come on. Don't tell me you've never had that thought).

And sure enough, I check my phone and there is the message, CANCELLED.

Cool I think. I'll have a muffin and another cup of coffee.

I put my cup under the Keurig and push the button. And there, behind the coffee maker,

Those exclamation points are not for excitement. 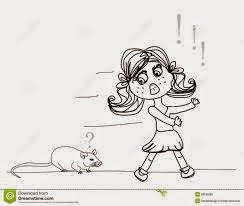 I'm not going to lie, I jumped and a small scream may have come from my mouth.

I grabbed my cup, inched over to the other counter, carefully avoiding looking at the coffee pot, and hurried to get the honey on my muffin and headed to the living room.

And now, here I sit. Breakfast done. Coffeeless. And waiting for hubby to take care of the mouse.