Showing posts from February, 2015
Show all

Celebrating 32 years and a Couple of Weeks 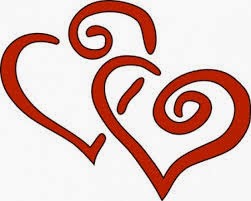 We never should have met, my husband and I. We didn't live in the same town. We weren't the same age. We didn't do the same things. Ironically, we had one person in common. His new step-mother was the mother of one of  my best high school friends. 32 two years and a couple of weeks ago, my high school friend Scott called me up and asked if I would go to his mother's wedding reception with him. Scott is gay and at the time, his mother didn't know it. Scott knew his mom was going to fix him up with a friend and he wanted to avoid that, so he called me. I was supposed to do something with Teri, my best friend from high school that night so Scott said, "Bring her along!" So I did. As we pulled into the parking lot, Scott saw his new step-brother getting out of his car. He said to Teri and I, "That's Greg. We should invite him to sit with us. I know Mom is trying to fix him up too." So we did. I was a young single mom trying to m
7 comments
Read more
More posts