Where Has the Month Gone?

Can't believe it's the 19th already!  Time is just flying by and I've been so  busy I haven't made time for writing. There have been lots of things to celebrate this month, I just haven't be very good at writing them down.

First and foremost: FAMILY
Last weekend the boys and their families came for the weekend (hence no blog post. Hard to write with kids on your lap:) We cooked together, played games, chased kids and dogs and enjoyed being together.  Always a good reminder that no matter what happens in our lives, FAMILY is there to help us through it.

This weekend we are spending time with Greg's sister and her husband...the FAMILY we went to Hawaii with. It's good to get together and reminisce about our trip and plan the next one (and there will be a next one!) Their kids will be stopping by later for some visiting and we're also going to meet one of the newest members of our FAMILY today, Baby Nala.  Should be a good time. 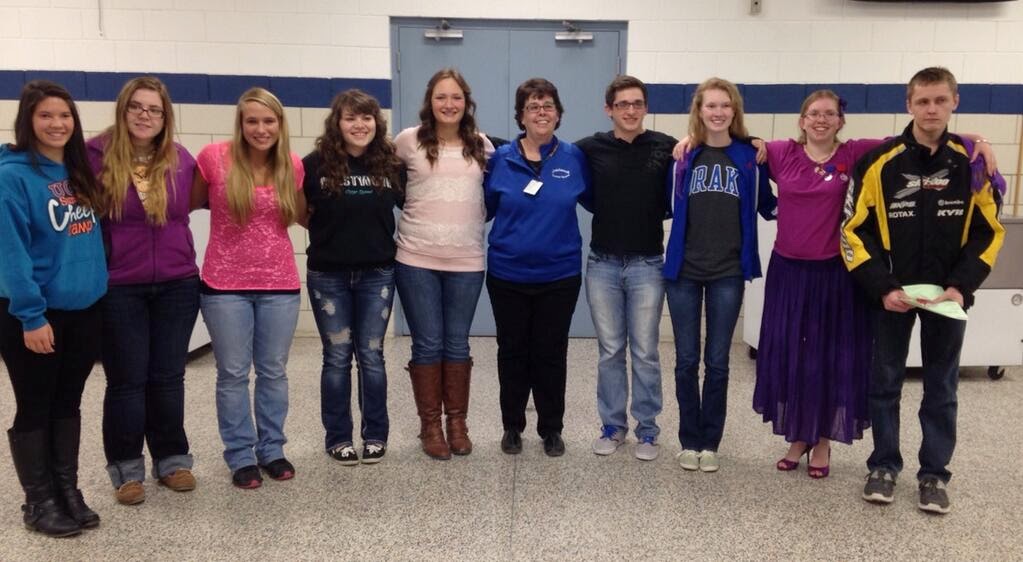 These are some of my senior SPEECH kids. I will truly miss them.  They have worked hard and grown so much in four years.  Monday night we held our annual awards night. It's a great night of celebrating where we've been. Already kids are looking forward to next year. They are thinking about what they want to do and starting to find material. But for these seniors, it's over. And they will be missed.
SCHOOL is winding down. We've finished Romeo and Juliet in English 9 and will begin our multi- genre projects. There are only 2 major speeches left to give and kids are working on their  last writing pieces and digital portfolios in Creative Writing. I'm on a committee hiring our new PK-1 principal. And looking forward to some time spent at the lake.

I'm also going to be presenting at a technology conference this summer (it conflicts with All-Write, so looks like that stays on my bucket list for another year). My ninth graders have been blogging and sharing with some students in other parts of the state. The other teachers and I are going to present how we got started, what worked for us this year, and what we would like to change for next year. I'm looking forward to "meeting" them face to face.

So, that's been my couple of weeks.  What are you celebrating?

Wow. What a fast week. I left at noon on Sunday with my competency based ed team, drove to Minneapolis, flew to Boston, and drove to Concord, NH. We finally got to our rooms  about midnight. UGH. We were up and at Pittsfield Middle High School by 8:00am. It was a short night, but well worth the trip.

My celebrations this week, tend to revolve around this experience

Sharing.
Over and over again we were impressed with the staff and their willingness to share everything with us. We spent two days with these people. We met with students, teachers and administrators. They shared how they went about changing to competency based ed. They stressed what they believed were the things that they felt were the most important in building by in. They were honest in the areas they received a little push back. We heard the statement, "If we had it to over again..." several times.

And, more than what's in their head, they shared hard copies... One of the reasons we wanted to visit a school was to actually see what was going on. See how they did things.  Teachers handed us rubrics and competencies. They shared with us all the information about student portfolios and student led conferences. All great examples that will get us moving forward.

Students
At each juncture of the move to competency based ed, students were involved. They are truly a student centered school. Every committee has student members. Their site council has more students than adults! We brought two students with us on this trip, so they immediately found a student to partner them with. They were able to visit classes, eat lunch and visit with other students during the first day and part of the second. They brought a perspective to the conversation that we wouldn't get otherwise.

Student choice and voice has been at the forefront of my teaching this year. I've always allowed student choice, but this year, after taking part in several #stuvoice chats (Monday nights at 7:30 Central Time) I've made it a bigger part of my teaching world.  I loved hearing everything they had to say about including students.

Visits
Visits to see how other schools work are eye-opening. You find new ideas, see what works and what doesn't work, and realize what you are doing well on your home turf. Our students came back with a new perspective on our high school and so did the rest of our team. In our quest for what's best for students, I think we realized that we do some things pretty well.

Another nice thing about visits, is the appreciation of home.  Wednesday morning found us on the road again for our trip home. Rush hour traffic is not for this group of teachers. At one point on the way back to Boston a sign reported it would take us 31 minutes to drive 7 miles. Not one of us thought we could do that every day :)

Saturday Mornings
After a week of go-go-go, it's nice to sit home this morning, in my pj's and sip on that extra cup of coffee.  No rush to get to school, no rush to finish up a lesson plan, no rush to make a meeting. Saturday mornings...a good time to reflect and celebrate a great week.

And, because I got used to listening to this every morning this week. A little video bring a smile to your face.

Questioning what I do and how I do it

It would be so much easier to coast through my last five years. To rest on my "laurels". To embrace being the oldest female in the building and simply do what I've always done.

Years ago, I used to say to students that in my class I wanted them to learn to think. I would give them crossword puzzles, logic problems, boggle boards and then step back and let them struggle. I wouldn't help them. I watched how they figured out what they didn't know.

This approach was right and wrong.


I was just wrong in my approach.

It seems everything I've done in my education career has led me to competency based education.  CBE measures learning, not time. Just because you sat through a semester of a class, does not mean you learned anything, no matter what grade it says you received on your report card. In CBE,  it doesn't matter how long you take, but you must master all the skills of a course before you move on.  Not just standards either. For example, you are in pilot school. You get an A in take-offs, an A in flight time, but a D in landings. Are people going to want to fly with you?

In classes now, students work through a progression in the curriculum. It's possible to get a good grade in a class even though you may do really poorly in one section of the course.  But do you really know your stuff?  Can you prove it?

In speech, I want students to communicate effectively.  In order to get to that point, we practice by speaking in front of class frequently, but I also teach them how to write strong, interesting introductions and conclusions. I teach them how to organize the body of a speech. We work on eye contact, standing still, and speaking with enthusiasm.  It all leads to that competency of communicating effectively.

Just because a student can write a beautiful speech does not mean he/she is an effective communicator. If they stand in front of the class and speak so quietly that no one hears them, or speak in a monotone so that everyone tunes them out, they are not communicating effectively. Communicating, yes. Effectively. No.

So my brain is in overdrive this week, thinking how we need to change what we do. Pittsfield was very open with us how they went about things when they began this transformation. Will we do exactly what they did? No. We aren't them. We'll go back to the collaborative and share what we learned and they will want to set up a model for the state. And that's OK too, as long as everyone remembers to develop their plans for their students, their community, their staff. Because this isn't a cookie cutter transformation plan. It won't have a handbook with step by step rules for CBE.

This will be messy, chaotic, dirty change.

And it needs to happen. 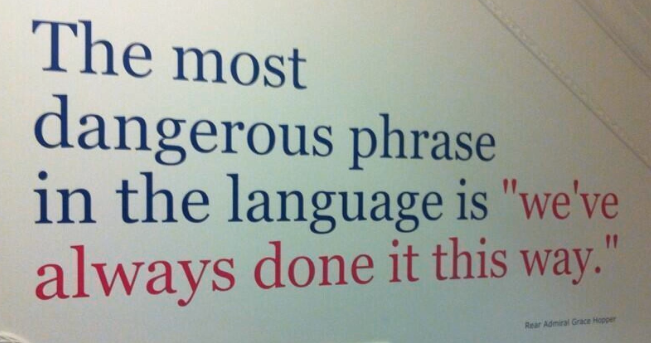