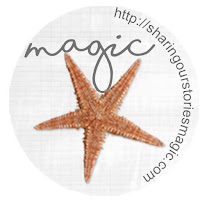 It started with a picture.
One picture on Facebook.
Four smiling faces. Four friends looking forward to a night of fun and laughter. Four friends. Soon, much too soon, to become three.
One picture and it was seven years ago, the Monday after prom.

In high schools, the Monday after prom is lazy, full of chatter about weekend events, and whispers in the corners about things teachers shouldn't hear. Phones get passed around with pictures to share and underclassmen listen wistfully about the magic of the night.

But they don't prepare you for Monday after proms like that one,

I wrote those words seven years ago, and as I write them again today, my heart remembers breaking for a young man who thought there was no other way. The eerie quiet came back, the silent tears remembered. I thought I was prepared for the day, but I wasn't.

This week, as I've checked out Facebook memories, those from seven years ago stand out. His friends are still grieving and I offer virtual hugs, though I know it's not the same as wrapping them in my arms and listening through the tears like I tried to do that day.