My favorite part of teaching comes from interactions with kids. I love their enthusiasm, creativity and downright craziness (although, I'm pretty sure I wouldn't have written those words at 3:30 Friday afternoon). This week's celebrations come from those little moments.

For years I posted silly student quotes on a wall in my room. You know the ones. Kids say and do things in class all the time that just make you laugh. For some reason, I haven't written them down in awhile, but several students think I should start again. And I may. But this little snippet would be too long for the quote wall. It deserves to be shared.

My College Prep Lit class is a small (10) group of great kids. Three gifted and talented sophomores, the rest juniors and seniors. I've had them all in class before and they get along fabulously. They are not afraid to admit when they don't know or don't understand something. And they are not afraid to fact check me.

We started our reading of Elie Wiesel's Night this week. After some background discussion, I assigned the Preface and the Forward for the night's reading. There was some whispering, some giggling, coming from the sophomore girls.

"I thought it was pronounced pree-face."

From the rest of the room, came the giggles of agreement.

The next day a senior girl told me it was her word of the day. She told everyone she knew how to pronounce the word.

But, a couple of them did admit to fact checking. Thank Heavens Google agreed with me!

And then there's these guys.... 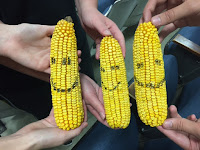 Leftover props from a Drama assignment. "They mysteriously" move about my room throughout the day.  It took some time for most students to notice them and longer to notice that they move.

It's a new game. Every day I have a few students who come in the room and see how fast they can spot them. The corn is getting better at hiding, so sometimes it takes a bit. I guess it really is the little things that keep us entertained.


My last celebration is me. I'm writing more again and that's a good thing. My  notebook sits beside me so I can jot down little pieces that maybe will become bigger pieces. And maybe not. But at least I'm writing! 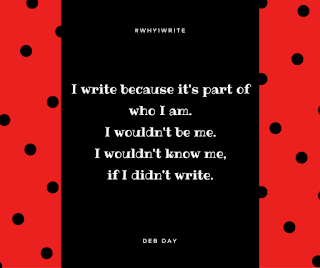 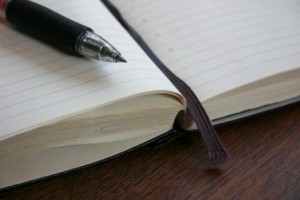 The words flow out my fingers
at times when it seems
NO ONE
will understand them.
I keep them private
Just for me.

The words flow out my fingers
to convince a student their
STORY MATTERS
their life matters
and they need to share it
With someone.

I let them go for awhile

Email ThisBlogThis!Share to TwitterShare to FacebookShare to Pinterest
Labels: #WhyIWrite

The power of speech--not only for the student but the teacher also. The things I learn about my kids and the connections I make are priceless....

In my head I thought, He's probably not going to do much. He'll probably barely get by.

At least I didn't let the voice in my head come out of my mouth.

Because that voice was wrong.  Really wrong. I am ashamed of myself for even letting that little voice whisper.

This is a great kid with passions most people in the school don't know about. Well, now they do. Because I've been sharing part of his story with everyone since last Tuesday.

One of my favorite speeches for kids to give in class are demonstration speeches. I encourage them to

This year, as the class was talking about possible topics, H mentioned that he works with glass--makes necklaces and knick knacks. Really?  I thought. He was so excited about sharing this and his excitement was contagious. Kids kept asking him about it. He brought in some pieces he had made. So we figured out a way for H to bring in his equipment.

On speech day he was really supposed to be finishing up some standardized testing, but I pushed that back a day. He was ready and excited and I wasn't going to crush his enthusiasm.  The whole class followed him down to the shop where he had his equipment set up.

He started in. We recorded his speech on an iPad, so I could just rewatch if I needed to.

I can't begin to describe how proud I was or explain the tears that threatened to fall. He held his
audience in the palm of his hand. And that audience gained a new respect for him. The Industrial Tech teacher stood and watched with just the hint of a smile on his face. I think he learned a little bit
more about the kid too :) 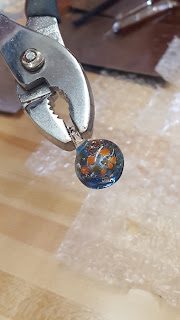 Yesterday during inservice, I wrote him a little note about how proud I was of him and stuck it in his locker to find this morning.  To quote him, "Thanks for the note Mrs. Day. It made my day."

The power of relationship building--not only for the student but the teacher also.
Posted by Deb Day at 7:06 AM 6 comments: Links to this post

I tried something new for me this week--I created learning stations for editing and revising in my Creative Writing classes (Shout out to two of our Instructional Coaches for letting me talk out what I wanted to do and for checking in with my kids while I was gone the first day).  They seem to be working well for most kids. I mini-conferenced with them all on the second day and most seem to like knowing exactly what I wanted them to do. And the checklist--they loved the checklist.  I'll be writing a blog post about this process later in the week. So if you want to know more about this, check back! 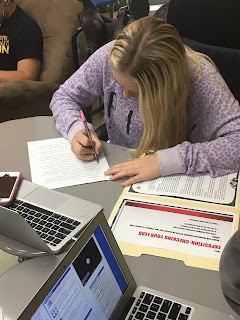 This was Demonstration Speech week in Speech classes. Holy Cow. Some kids blew me away.  One of my "at-risk" kids demonstrated how to create glass objects to use for jewelry, etc.  He had the entire class mesmerized. Never underestimate the power of a student's passion! 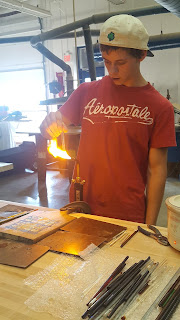 Well, it's time to start grading some of those papers. Hope all of you had a week full of celebrations!
Posted by Deb Day at 11:47 AM 9 comments: Links to this post


"I can't be a leader, but I would sure help someone."

And just like that, in a single moment, a friendship of almost 30 years was born. I haven't had the words--still not sure they are there. But one moment he was here

and then he wasn't.

Cancer stole him from us last week.

But there are still moments to celebrate--we spent the summer stealing moments before cancer took him. Precious moments for his wife, but also the rest of us. There were concerts, and meals, and laughter. There was a golf day the Saturday before.

I felt luckier than his wife when he was stolen because we are still in the town where they lived and worked for so many years. I received a great deal of love when the news broke. I felt guilty. Guilty I was receiving what was in reality hers. But lucky too. Because people cared.

Since last spring I haven't written, haven't blogged, haven't shared celebrations. Not because I didn't find things to celebrate, but because they were private. Memories to be kept in my heart.


That's all for today. Hug your family. Love your life.  I'll see you next week.